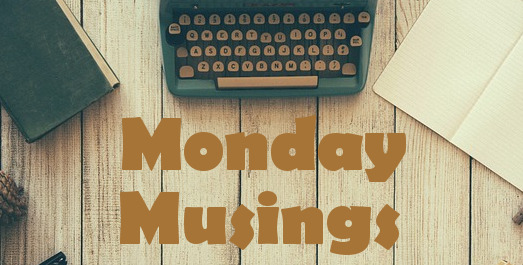 Welcome to Monday Musings, where I ponder some aspect of writing that has popped into my head over the last week or so. This week I’m talking about a change a few of you may have noticed on my various social media outposts – I have a new name!

Anyone who has frequented this blog or A Keyboard and an Open Mind for any length of time will know that I was blogging and writing under the name Emily Witt, which is my real name… except I discovered when I was setting up A More Complicated Fairytale on GoodReads that there was already an established writer called Emily Witt. And she writes vastly different material to me. She writes non-fiction, for a start, and it’s  on topics such as sex, sexuality and identity politics. She’s written for the Guardian as well as various journals and publications… I’ve read a few of her articles and they’re really interesting, but… not what I write at all…

Now, none of this was necessarily a problem. I figured we could co-exist in harmony, she and I. But she doesn’t have  a Facebook page. I do. I started getting messages from people who had read her stuff and assumed I was she. Then her debut book was released, and my page was being tagged in publicity posts. The likes were flooding in on my page, but I knew that these people were expecting someone else. And even a pinned post at the top of the page explaining that this other Emily doesn’t have a Facebook page but can be contacted on Twitter seemed to actually help.

After a while, the only thing holding me back from adopting a  pseudonym was the fact that I had already published A More Complicated Fairytale with “Emily Witt” emblazoned on the cover. But a quick email to my wonderful cover artist, Kathi, and I discovered that she still had all the files from when she had designed the cover, and replacing my name wasn’t a big drama. I just needed to decide what I was going to call myself.

I thought about it for a while, but there wasn’t really any need to. Back when I was twelve, I had seen the BBC production of Charles Dickens’ Our Mutual Friend and had latched onto the name Wrayburn. I decided then that that would be my pseudonym, and that had been my plan for a long while, until I started blogging under my own name and thought it would be weird to write under a different one.  So of course, Emily Wrayburn was always going to be what I returned to.

I love it when things come full circle.

I did wonder whether changing the name I’ve used for my “platform” would be a problem, but I honestly don’t think it is. The other Emily Witt is far more prolific than I am, and it probably hinders more than helps me to share her name. A More Complicated Fairytale is hardly what I would call a best-seller yet, (mostly my fault for letting it languish, though my priority at the moment is getting other books written; now there’s a topic for a future Sunday Session). Wrayburn has more of a ring to it anyway, if you ask me, and as my 12-year-old self will tell you (she practiced this a lot), it also makes for a much better scrawly autograph than Witt ever will.

I know some of you have already been through this process. What helped you come to the decision you finally did? Someone already out there with your name? Other factors? Tell me the story!